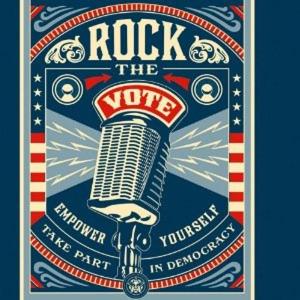 November 6, 2012 marks election day in these United States. Citizens are asked to leave their couches for a few minutes to exercise a privilege for which many anti-tax colonists once gave their lives. As we know, music can be a powerful medium for conveying political messages, uniting a group around a cause and mobilizing an electorate. So for election day 2012 I decided to shine a light on five songs that have impacted political discourse. This is not a definitive political playlist, but one worthy of your listen nonetheless. 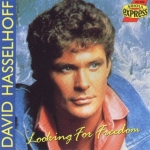 Once again, Ronald Reagan receives a boat load of credit where it simply is not due. You may have thought The Great Communicator’s famous line, “Mr. Gorbachev, tear down this wall!” inspired the masses to embrace democracy and put an end to the cold war. In fact, it was The Hoff. In 1989, David Hasselhoff performed his hit song “Looking For Freedom” atop the Berlin Wall. Let’s face it, Germans love The Hoff. And can you blame them? Who can resist democracy when its virtues are touted by a muscle-bound Baywatch hunk sporting a light-up leather jacket? It didn’t really matter that the song was about a rich kid’s struggle to release himself of the shackles of his father’s expectations. The wall didn’t stand a chance. 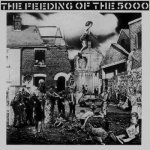 No matter which side of the political aisle your sentiments fall, chances are you’ve had a moment where you wanted to burn this mother down. In those moments of upheaval, punk rock seems the only sufficient auditory accompaniment. The Crass’s 1978 debut The Feeding of the 5000 proves as worthy a starting point as any. The British rockers laid down the foundation for anarcho-punk on their abrasive anthem “Do They Owe Us a Living?” If the 2012 presidential election is any indication, a government’s ability to provide its electorate with an opportunity for employment is a topic that continues to foster passionate debate. 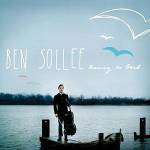 Written in 2008 as a response to the perceived secretiveness of the Bush administration, Louisville songwriter and cellist Ben Sollee struck a chord with “A Few Honest Words.” At the end of the day, this is all any electorate is looking for from its leaders. It’s a message that transcends party affiliation. As a result, Sollee has been making his rounds this election season, playing the song in advance of the vice presidential debate and a handful of other prominent political functions. Watch Sollee perform the song live at WFPK below. 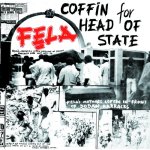 In 1977, Féla Kuti and the Africa ’70 released Zombie, a scathing indictment of the tacticts of Nigeria’s military. The album infuriated Nigerian president Olusegun Obasanjo, resulting in a raid of Kuti’s Lagos compound. During the attack, Kuti’s mother was hurled from a window and killed. In response, Kuti delivered his mother’s coffin to the President’s residence the Dodan Barracks and wrote two songs: “Coffin for Head of State” and “Unknown Soldier.” All 22+ minutes of the former can be heard below. 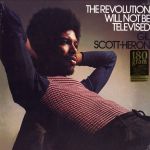 Gil Scott-Heron – “The Revolution will not be Televised“

Yes it’s cliché. Yes it’s been played a million times. But damn it if Gil Scott-Heron’s “The Revolution will not be Televised” from his 1970 album Small Talk at 125th and Lenox isn’t one of the best political songs of all time. In the current age of Super PACs and corporate endorsements, Scott-Heron’s message that “The Revolution will not be brought to you by Xerox / In four parts without commercial interruptions” proves as poignant as ever.