Indy’s independent publications on the rise

Editor’s Note: This story was originally published on defunct, Central Indiana arts website Sky Blue Window on December 30, 2014. Some content, style and formatting changes may differ from the original.

On a recent Saturday afternoon, a group of Hoosiers gathered to escape dismal December weather in a celebration of the written word and the prospect of free drinks and snacks prepared by one of Indy’s top chefs, Neal Brown. The occasion was the release of the sophomore issue of Ex. Ex. Midwest, a locally produced food and culture magazine, in the cozy confines of PRINTtEXT, a periodicals shop on the corner of 52nd Steet and College Avenue.

Ex. Ex. is the latest in a fresh crop of independent, niche publications with Central Indiana roots. Despite the daily death knell tolling from the steeples of established national print publications, local editors aim to buck the trend and elevate the businesses and individual voices on their pages in the process. 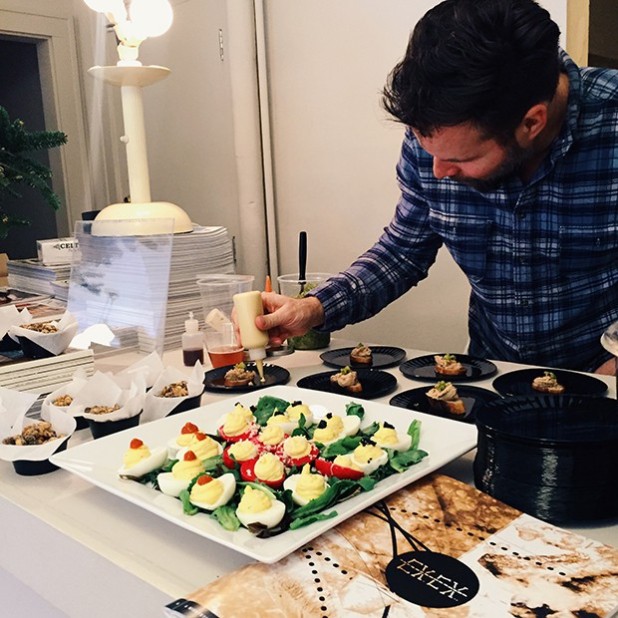 “This seemed like an incredibly potent marketing piece for our whole industry and for the city of Indianapolis,” says Polina Osherov, editor of local, fashion-focused magazine Pattern. With a circulation upwards of 3,000 in addition to its online readers, Pattern is arguably the most prominent publication to come out of Indy in the last few years. 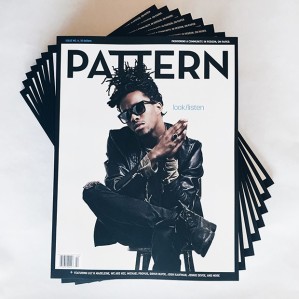 Another of Indy’s largest cultural exports is a bilingual magazine focused on arts entitled Humanize. The publication was cofounded by Spanish-born and Indy-raised editor Karla D. Romero in 2009. Released free digitally, Humanize has bolstered its readership to more than 2 million with five years and 21 issues under its belt. Romero, an IU journalism grad, launched the mag after quitting her job in corporate communications for a travel agency in Madrid. She kept the publication alive after returning to Indianapolis two years ago.

Like most of Indy’s start-up publications, Romero has yet to reap the financial benefits of her efforts. “With my blood, sweat and tears,” she says of the funding for Humanize. “That’s really it. We do it for the love of the art form, I guess, if you can call it that. We don’t really make a profit. We put in a lot of money, but it’s just something that we do because we love it, and we think it’s a necessity.”

Osherov echoes Romero when discussing her motivations for launching Pattern, “This was just purely an exercise in being creative and giving an outlet to people.” The magazine serves as a vehicle for her larger goal of uniting the artists, designers and other creatives who comprise what Osherov calls Indy’s “maker’s movement.”

Local designer and Pattern contributor, Amy McAdams attests to the impact that Patternhas had on the creative community. “It sounds so cliché, but I really think the designer community in Indy is as strong as it has ever been,” she says. “When I started out, there were no opportunities like this on a local level. By giving us the chance to create together, Pattern has moved a lot of the local talent from competitors to collaborators, which is great.”

A commitment to quality was one theme that came up time and again when speaking with the leaders of these new media. “My goal is to help the team put out a great magazine that is timeless and that people want to read,” says Ex. Ex.‘s resident chef and contributor, Brown. “It’s that simple, and that hard.” 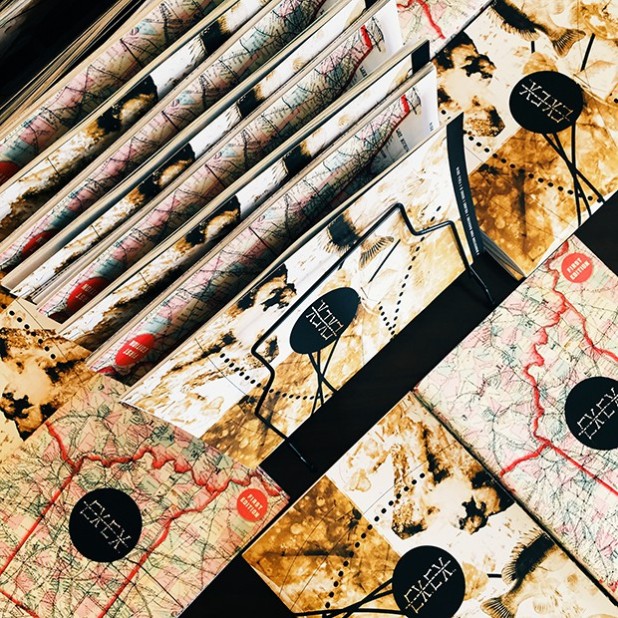 Ex. Ex. stands for Exploring Expedition — a term inspired by the United States Exploring Expedition that propelled the country westward in the early days of our republic. For the magazine, Brown partnered with the folks at CODO Design and the content team at Metonymy Media, with whom he had worked on marketing his restaurants Pizzology and The Libertine, as well as his local food event Dig-IN. 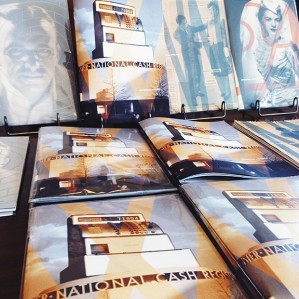 “The point isn’t to go comparing Indianapolis to Portland or the Midwest to the South or anything like that,” says Ex. Ex. Editor Ryan Brock. “The whole point is that we’re giving it the expedition that the Midwest hasn’t gotten for a long, long, long time. Not just to talk about the hip stuff or the cool stuff or the good stuff, but just anything that we can find that’s interesting.”

While the first issue dealt largely with Indiana stories, the follow-up featured a deep dive into the bar menu at Chicago’s Spaggia and a conversation with former Top Chef contestant and Louisville restaurateur Ed Lee. Brock believes interest in the magazine will grow naturally as its scope of coverage expands, which he hopes will attract contributions from writers outside of Indianapolis.

Given the quality of the content coming out of Indy these days, PRINTtEXT co-owner Benjamin Blevins says the relative affordability of those publications has made them top-sellers in his shop. “The majority of [our titles] are $20 or more,” Blevins says. “So, a lot of the local ones are kind of underpriced in a way. I think if Pattern were from Berlin, we would be willing to pay $28 for it.”

Humanize plans to craft some retrospective content in honor of its five-year anniversary, which will revisit the artists and stories the magazine has covered since launching. “A lot of the artists featured, especially in the beginning — artists, filmmakers, musicians — have either gone completely off the grid or are now doing incredible things,” Romero says. While she’s proud of what she has accomplished with Humanize, Romero is hardly resting on her laurels.

“I’ve just started a new magazine here in Indianapolis,” she says. “We’re releasing it in February. It’s called Eñe. Basically, what we’re going for is a magazine about Indianapolis in our language, because we have such an enormous Spanish-speaking population. So, I’ve been putting a lot of work into that the last few months. This is the first time I’ve told anybody about it beyond the people that are involved in the project. Everything is looking amazing.” 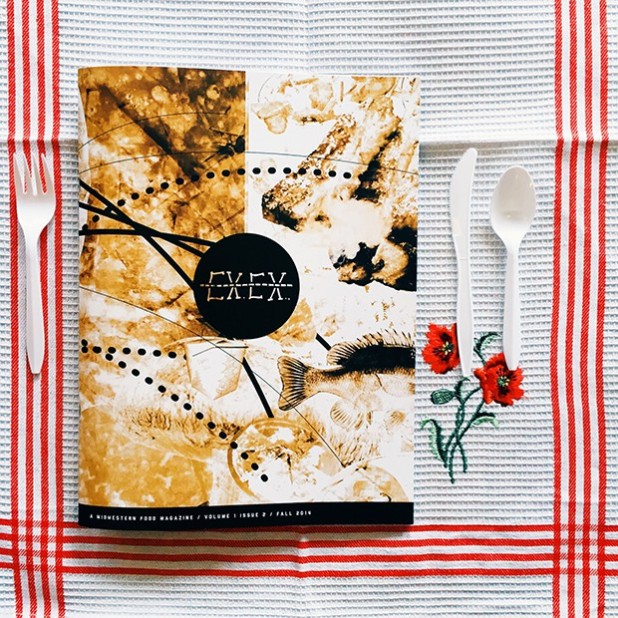 Eñe will serve as Romero’s first foray into print publication. The magazine, which will center on politics and culture, will be distributed all over the city. “With Humanize, my goal was always to print, print, print,” she says. “It was never a possibility, because it was so expensive. Especially, when we were in Spain. When we moved here, we were already established with digital, so I decided that this magazine was going to be established as print and online as well.”

Like Romero, Osherov has no intention of slowing down, though her ambitions extend beyond online and print media. In August, Pattern opened a shop on Mass Ave. The multi-use space was designed by Christopher Stuart at LUUR as an “incubator” for Indy’s maker community, with retail space, a conference room for work on the magazine, and enough flexibility to host a variety of events. Pattern also recently applied for a grant, which would fund a 20,000 square foot space catering to furniture designers, fashion designers, metal fabricators and much more.

“One thing we’re finding is that most of our designers have reached capacity,” Osherov says. “So, you’re at a point where you’re so busy producing your orders that you don’t have time to market, grow and design more … They can go into this place that’s going to be in downtown Indianapolis and talk to somebody face-to-face and have samples created or do small runs and large runs. This is a super-exciting time. There’s a lot going on.” 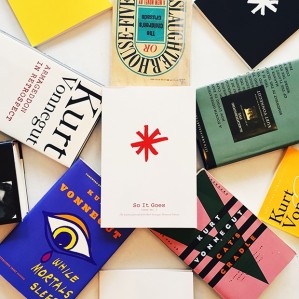 A Few Other Local Magazines Worth a Look

So It Goes serves as the literary journal for the Kurt Vonnegut Memorial Library. The journal is published annually, with each issue featuring submissions from a variety of writers on a single theme. The 2014 theme was “the creative process.”

Created by brothers and design partners James and Jon Sholly, each issue of Commercial Article spotlights a Hoosier designer who was under-appreciated in relation to the contemporaries — from architect Avriel Shull to fashion designer Norman Norell. “It will be the best design thing that comes out of Indiana this year,” Blevins says.

A Bloomington-based magazine, Driftless focuses on all things Midwest and is run by Leah Fithian and Shelly Westerhausen. In just three issues, this humble magazine has already established itself as a favorite among discerning local readers.