Conversing on Music in Museums

Editor’s Note: This story was originally published on defunct, Central Indiana arts website Sky Blue Window on May 7, 2015. Some formatting, content and style changes may differ from the original.

One of the things we strive for at Sky Blue Window is to make larger cultural conversations around the arts accessible and meaningful on a local level. We try to take bigger issues and decompress them. As part of that mission, we want to spark conversation and engagement around the arts.

A recent conversation between WNYC columnist Eric Ducker and renowned arts critic Dave Hickey in which they discuss contemporary music’s place within museums, struck a chord. The conversation arrives on the heels of a recent Björk exhibit at the Museum of Modern Art in New York. The exhibit was met with widespread ridicule and condemnation at the hands of art critics nationwide.

Though Hickey and Drucker’s discussion centers on the Björk exhibit, the conversation has broader implications. How does contemporary music fit within the framework of art museums? What would a successful incorporation of the music into a museum show look like? And does the institutional nature of museums demand a pace too slow to include the more fluid, amorphous contemporary music climate?

For his part, Hickey has definitive and surly opinions on the subject. “Going to Björk is like going to see a rerun. How many times do you want to go see a rerun?” he asks. “In Björk’s case, it’s almost like a celebrity roast: ‘You thought you were so famous, we can make you look like s—.’” 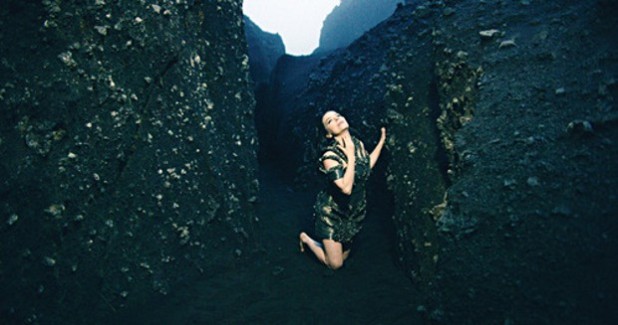 Courtesy of the Museum of Modern Art

In Indy we appear capable of showcasing visual arts and music on the same platform with surprising regularity. Gallery exhibits on First Friday often include local or touring musicians as visual artists. Indianapolis Museum of Art invited musicians and amateurs alike to join in its  E is for Equinox celebration last fall.

With this in mind, we wanted to turn the discussion over to our readers. What local arts events have successfully shared musical collaborations? Does contemporary music fit within the landscape of our local museums? How can our arts organizations do better? Let us know in the comments and on social media.