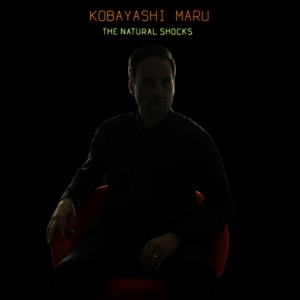 The state of indie pop/rock, always in a constant flux, seems to be trending towards the sounds of synths and other electronic additions in 2012.  Hell, one band this year even ditched their entire sound in favor of a drum machine and tweenish vibes, and in the process, their own fans.  But you know what…electronic additions for the sake of adding depth is really no way for a band to approach raising their craft.  If the glove doesn’t fit, don’t wear it.  And for the love of all things music, let’s not lose the edge of the rock side for the sake of trying to appeal to 14-year-old dubby steppers.

The Natural Shocks are a breath of fresh air for me in the early fall.  Led from the mind of Jim DeLuca who hails from Toronto, his sound not surprisingly seems heavily influenced by a band that mastered the art of indie pop/rock with an edge.  That band of course is fellow Toronto born Broken Social Scene, but Jim’s sound really only takes on the brasher BSS sound heard on their self-titled album with songs like “Superconnected”.  The Shocks four-song EP opens up with heavily distorted vocals and a stepping guitar riff on “Change”.  “Chosen Ones”, my favorite track, adds group vocals to go along with what appears to be a cello led bass line.  The strings make the vocals, which are already laced with emotion, stand out that much more.  “Daydream”, an ethereal track featuring a slick little drum machine beat, and “War of Attrition”, showing off more even distortion close off this extremely solid debut.

Stream Kobayashi Maru below and be sure to grab a digital copy via the group’s Bandcamp page for whatever price your little heart desires.