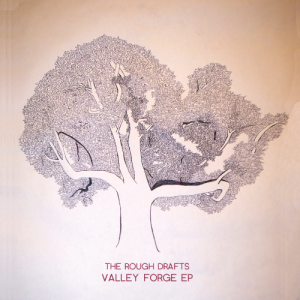 Little Rock’s The Rough Drafts is brother and sister duo Ike Peters and Katie Mitchell. Peters is no stranger to this space. His band The Coasts is a project that we’ve covered extensively and their debut, self-titled release remains one of my favorites from 2011. The Rough Drafts dropped the debut single from their forthcoming Valley Forge EP this week. Peters and Mitchell had been tossing around the idea of collaborating for a while, before finding a cause upon which to focus their creative efforts. All proceeds from the EP will be donated to the family of Mitchell’s sister-in-law, who is attempting to fund an adoption.

“Oh My Love” finds Peters doing what he does best: writing simple, straightforward songs that you will be certain you’ve been humming since childhood. The latter half of the track is backed by perfectly-arranged fills on trumpet and trombone. The mix and production was handled by Nashville producer Allan Douglas.

“It was me and my sister recording these songs, and then [we sent them to] a great musician and producer in Nashville named Allan Douglas who completely made the songs better,” said Peters. “He did it for free since he has an adopted child and is passionate about the cause, so he deserves a lot of the credit.”

Listen to “Oh My Love” below and name your price for a digital download via The Rough Drafts’ Bandcamp page.  Share this track and help spread the word about a terrific new project. Click HERE for more info on the family’s adoption efforts.