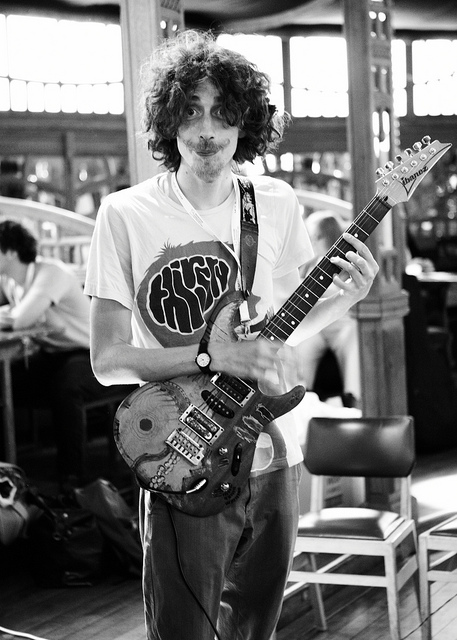 Pevin Kinel is a French-born independent multi-instrumentalist that currently makes his bed in London. This week, Kinel released the first track from his forthcoming LP Syntactic Sugars, due out June 5. “Fake ppl” lies somewhere between experimental, minimalist think-pop (is that a word?) and the schizophrenic inner ramblings of an eloquent LSD user. Call it what you may, but the song tickles the back of the neck and forces the listener to wonder for a while.

“Fake Ppl” is best served with a decent pair of headphones and an open mind. The video does nothing to tame the peculiarity of the song, but raise your hand if you’re complaining. By the end of this ride, you’ll be wondering where you’ve been for the last two and a half minutes. I’ll be damned if I wasn’t hitting replay the moment it got to the end. In the interest of full disclosure, I’m also a big fan of anyone that switches the first letters in their first and last names. This, in my experience, is a sign of pure genius at that work (case in point: former Butler Bulldog Hatt Moward). Enjoy.