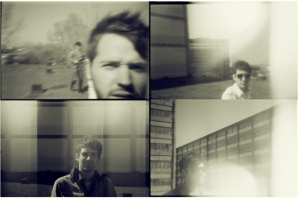 Canadian musicians Suuns recently kicked it with the crew from Cock and Bull TV during a pit stop on their European tour. In the video featured below, the band talks about their recording process with Jace Lasek of The Besnard Lakes, getting signed by Bloomington’s Secretly Canadian and the success of their debut release Zeroes QC. Cock and Bull also featured several live videos from Suuns’ performance at Crawdaddy in Dublin, Ireland.