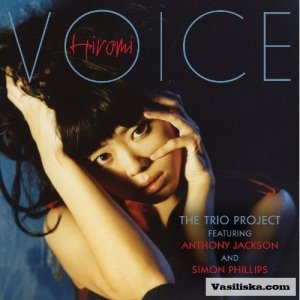 I have been constantly altering a list throughout my lifetime entitled, “Best Humans I’ve Ever Seen Do Things.” I have had the privilege of witnessing some spectacular individuals. Michael Jordan remains the greatest basketball player that I have ever seen grace the court. Peyton Manning is the greatest quarterback and arguably the greatest offensive mind of my football generation. When I start to think about the greatest musicians that I have ever seen live, the list becomes muddled and varies based upon my mood.

For a couple of years, though, a single musician has sat, unwavering near the top of my list. Hiromi Uehara was born in Hamamatsu, Japan on March 26, 1979. She began playing piano at age six, and started playing jazz at eight. A prodigy at an early age, Hiromi had performed with the Czech Philharmonic Orchestra by age 14. Before she had reached adulthood, a chance encounter with Chick Corea led to a guest spot alongside the legendary pianist during a performance on his tour of Japan.

Hiromi wrote jingles for a few years, composing songs for large Japanese corporations like Nissan. Eventually, she enrolled at Berklee College of music in Boston, where renowned pianist Ahmad Jamal mentored her. She was already signed with the jazz label Telarc before her graduation in 2003.

By the time I saw Hiromi’s quartet Sonicbloom in 2009, at the Blue Note in Manhattan, she was known by jazz aficionados worldwide as one of the planet’s premier musicians. Her moniker rang out like a Brazilian soccer player whose surname was all that proved necessary. Her style of play must not be too unlike riding shotgun with a professional racecar driver.  Hiromi drives at a break-neck speed while remaining in complete control. The adrenaline flows as she plays at an impossible rate, but there is never a bead of sweat on her brow or a shred of indecision in her hands.

It was electrifying. In a promotional video for her 2011 album Voice, drummer Simon Phillips picked the perfect word to describe Hiromi, calling her “relentless.” Her solos stream one after another, an endless barrage of flawless, speed-infused mind benders. It was unlike anything I had ever seen. She obliterated jazz standards like “I’ve Got Rhythm” and “Caravan.” The show was so good that I immediately walked up to the box office and purchased another ticket for the following night.

Voice opens with the title track. A dark, descending piano progression.  The progression dissolves into a single repeating note, ringing out like the proverbial dinner bell. Her right hand continues to sound the alarm while the left hand joins into a stronger version of the initial break down. A cymbal splashes and superstar Anthony Jackson enters on contrabass. The beat builds from there. The trio stays on course with the song’s melody, but it grows increasingly funky. The first track clocks in at 9:13 and serves as a statement for the rest of the album. This is not a pop-infused joy ride. Hiromi challenges her listeners, from their attention spans to their tolerance for experimentation.

Hiromi is at her most frivolous on “Now or Never.” This song sounds the most like her work with Sonicbloom, with Hiromi switching flawlessly back and forth from her Yamaha grand to the electric keys for the first time. For all you jam fans out there, this is what Mike Gordon and Trey Anastasio sound like in their wettest of dreams. “Now or Never” offers a legitimate give and take between Hiromi and the rest of the band. The song begins with a full-on onslaught from the trio before the drums and bass take the back seat mid way through. She waits to kick it into hyper speed this time, content to riff over her partners from the upper register. It’s at this point in the album that the trio’s collective voice begins to gel, and Phillips and Jackson sound most comfortable.

If there is a forgettable track on Voice, “Temptation” may be it. No real risks taken. That’s not to say that the song is dull, it just lacks the complex explosiveness that Hiromi’s projects typically entail. Whenever the song seems to pick up momentum, it recedes before capitalizing. That being said, “Temptation” serves as a welcome breather when taken in amongst the rest of the album.

“Labyrinth” proves an apt name. The song is confusing, without ever reaching the point of  discomfort. The listener is lost, but it feels as if you’re lost with intention. Hiromi has designed this maze and your three guides will get you out of it. Jackson shines in the latter half of the track, playing some incredible lines.

The problem that Hiromi faces is the same one that confronts nearly every virtuoso: Where do you go from the top? I’m sure for the avid jazz fan, there are nuances to be discovered with everything that Hiromi plays. However, for the novice listener it has the potential to become redundant. In my opinion, the only way that Hiromi will be able to ensure that her music remains interesting for herself and her audience is through increasingly unusual collaborations. Bela Fleck serves as the model for this mindset with his exploration of Asia via Abigail Washburn and Africa through Throw Down Your Heart.

Surprisingly, the album’s last track proves its most successful and accessible. The trio’s take on Beethoven’s “Piano Sonata No. 8, Pathetique” is stunning. It begins with the same restrained melancholy that so many pianists have stroked over the years. But Hiromi quickly cuts to the core of the song’s melody. Coupled with Phillips’ subtle snare pattern, she breaks Beethoven’s piece down into a bluesy number that would feel at home in any smoke-filled bar. Here she proves, without question, that Beethoven got down and dirty in his time.

Hiromi may go down as one of the greatest musicians of our generation. However, with the Grammy’s recent decision to scale back the number of jazz categories, I wonder how many people will continue to discover artists like her. One thing is certain, I’ll be listening. Below is a recent video of The Trio Project. Watch and learn: