Fresh Track: Cloud Nothings “No Future / No Past” 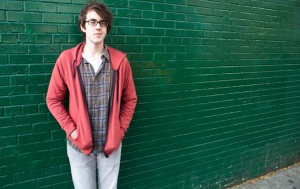 The fuse was lit for me in the Fall of 2010.  Distorted guitars slammed through the speakers of my Jeep while muffled lyrics mingled with the sound.  The display said “Hey Cool Kid” and I immediately watched as Cloud Nothings blazed a new trail, one of the lowest fidelity.

Check out this acoustic version of “Hey Cool Kid”

Lead singer, Dylan Baldi embraces the DIY approach that was paved by such artists as Guided by Voices, Neutral Milk Hotel, and Elliot Smith.  Baldi is a true entrepreneur of the indie rock scene.  He has his vision, he works with limited resources, and he executes.  His ambition to push his Cloud Nothings brand is a perfect mix, an innovative outdated sound. There was no exit strategy for me after Turning On.  Cloud Nothings released their self-titled LP on January 25, 2011.  It is amazing that this record has been in my life for almost an entire year.

Songs, “Forget You All the Time” and “Understand At All” strengthened my personal investment into Cloud Nothings. They were owners who provided little risk with their muffled initiative.  The amazing part is that Baldi is set to release Cloud Nothings next release Attack on Memory on January 24th of 2012. Almost one year to the date of their last release.  This proves to be unbelievably smart campaign management from a band that will explode next year.

First single “No Future / No Past” has been found space pushing its agenda through my speakers.  I was able to see Cloud Nothings perform their new album this year at the CMJ Showcase , at Pianos in NYC earlier this fall.  Baldi got on stage and said “You are not going to know these songs, we are only playing new songs.”  It did not matter that I did not recognize or have a relationship with any of these songs; he made me like them by his energy.  I immediately phoned fellow Thought on Tracks contributor, Greg Dahman, post-show and explained to him that what I had seen was perhaps the best live set of my year.  This performance made me realize that 2012 will be the year of Cloud Nothings so start getting ready.

If you want to experience what I experienced in NYC you have your chance this Saturday.  Cloud Nothings will be playing this Saturday, 12/17, at the Center Stage in Muncie.  Indiana, this is your chance to be a financial backer and invest some capital in a project that will surely give you an amazing ROI in 2012.