Brooklyn-based indie rockers The Drums recently stopped by KCRW. While there, they played “Days”, a track from their latest release Portamento. Fun Fact: the album’s title is a 17th century Itialian term that denotes a slide between two pitches. For more on their new album check out Brett’s album review, HERE.

Midpoint Music Festival celebrated its ten-year anniversary last weekend.  This is Cincinnati’s ode to culture where the fringe era dimly shines through one of the Midwest’s most conservative towns.  The festival provides Cincy the opportunity to return to its boomtown days. The subculture shined on Friday night.  Cincinnati, OH was booming once again as people, bands and cultures united. Over-the-Rhine we all went.

I only spent one night blooming with the boom, but it was enough time for me to recognize the impact.  My Friday night was occupied by three fantastic live performances by up and coming musical explorers.

Although the shows were above par, a certain comment stuck with me on my drive home.  Before Toro y Moi’s set, I overheard a man sitting next to me say,  “I can’t believe this many people like this live here, it is like they are all coming out of the woodwork.”  Neglecting to engage I absorbed his comments and realized that independent music has power. It possesses the type of influence to connect like-minded people. The perfect formula you need to resurrect a town that has been missing a boom for decades.  Thank you Cincinnati. 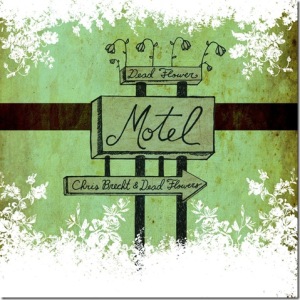 Paula Cole begged the question “Where Have All the Cowboys Gone?” on her mid-90s mega hit of the same name. Apparently Paula, a few of them are hanging out in Austin, Texas.

Chris Brecht and his band Dead Flowers are responsible for one of the more underrated releases of 2011. Dead Flower Motel is a 3 AM barnstormer of a record that would prove a welcome addition to the jukebox of any West Texas honkytonk. Brecht has an artist’s eye for detail that provides the story for this smoky, whiskey-infused backdrop.

Daytrotter’s Sean Moeller wrote of Brecht, “We know it in our hearts – that we’re weak and expendable – but we also can see the beauty in that. We are brief and we are supposed to make the most of it. Brecht does this by finding the beauty in the smallest things, those toss-away details that, for many, are imperceptible, but they’re the bits that make a writer great and make a satisfied person.”

Concise, vivid songwriting is too often taken for granted in the indie scene. Blogs like Pitchfork appear willing to promote acts that fit a certain image, while the music itself plays second fiddle. (See: We Listen For You) As a result, artists like Brecht tend to slip through the cracks.

Rather than reinvent the wheel, Dead Flower Motel keeps the music simple and employs Brecht’s unique perspective to elevate the songs. I don’t wish to short change Dead Flowers. Their play provides a solid foundation for Brecht to draw from. The music has a subtle, haunting quality that pairs well with his mellow angst.

Brecht appears keenly aware that his message is lost on certain crowds. On “Not Where You Are”, Brecht writes “If you think that I’m wounded/It’s my soul that bleeds/Cause you’re judging a man/By the brand of his jeans/You have everything you want/Because you’re parents were rich/And you sit around and pretend/ How hard it is.” The lyrics read like a giant middle finger to the snobs whose club Brecht has never been allowed to enter. He continues, “I don’t want you to get it/I don’t want you to end/You can’t even pretend/To know where I’ve been.”

Dead Flower Motel is a tough sell. The music is too country for indie fans, and Brecht’s delivery is too indie for traditional country fans. Regardless of which crew Brecht eventually falls in with, his story is worth hearing. Click HERE for a free stream or download of his Daytrotter session.