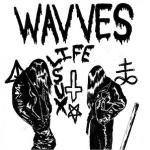 It was quite the year for Nathan Williams highlighted by his hilarious twitter stream of his group’s antics at the MTV Music Awards.  What more can you say about Wavves other than that they just absolutely rock?  This EP spans singing about Dave Grohl, a song featuring his girlfriend Bethany Cosentino of Best Coast: “Nodding Off”, to some punk rock with the members Fucked Up, the perfectly named “Destroy.” 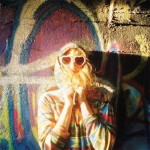 This EP features one of my favorite songs of the entire year in Damn.  Dom are a self proclaimed “EP band”, but as long as everything continues to be as great as this album and their previous, Sun Bronzed Greek Gods, I’ll never be disappointed. 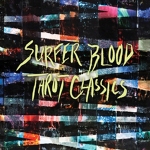 This EP picks up right where Astrocoast left off, and that’s a very good thing.  Beachy pop music is a favorite of mine, and Surfer Blood do it to perfection.  My only complaint is that they couldn’t have put 6 songs on it instead of 4.  Be sure to listen to “I’m Not Ready.”  Hopefully a new full length is to come in 2012.

While Chaz Bundick’s second full length LP, Underneath the Pine, was released in early 2011 and seemed to go more jazzy than his more DJ-ish sound on Causers of This, this EP shows Chaz still can drop that beat.  I actually liked this EP more than the full length.  It’s straight-up fun weekend music. 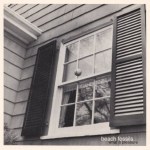 1. Beach Fossils – What a Pleasure

Beach Fossils play dream pop perfection on this EP.  Almost a full length at 8 songs, it listens like an LP, and this would have made my Top 10 albums of the year had we not separated the EPs out.  “What a Pleasure,” “Fall Right In,” and “Out in the Way” are brilliant songs and three of my favorite of the year.  Put on a good pair of headphones, listen to this EP, and relax, because life is good. 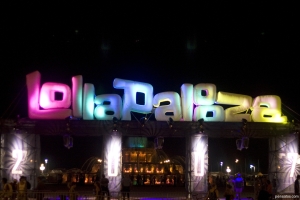 And I’ve been waiting such a long time

Saturday in the park”

Chicago, “Saturday in the Park” off their 1972 album Chicago V

My experience from Lollapalooza was just that: A Saturday in the Park but I was wishing it was Pitchfork instead of the Fourth of July.  DO NOT get me wrong.  Lollapalooza is a grand time with a myriad of bands to chose from, but the convenience of a Saturday stroll is out of the question.

The distance between the Music Unlimited and the Bud Light (two main stages) is costly. Game plans and band map out sessions need to be considered very strategically.  At Pitchfork you could see the completion of a set and do not have to worry about stressing over missing the beginning of the next.  The beast that is Lollapalooza controls you and causes you to make quick decisions based on if you are “feelin’ or not” because of location.  I have been going since the beginning of college and enjoy how big the crowds are but intimacy is cherished after a day in Grant Park.

I drove up to Chicago on Friday to catch the Local Natives / Walk the Moon set at Lincoln Hall on Friday and my only ambition was to catch Saturday at Lollapalooza and head back to Indianapolis before My Morning Jacket on Sunday.  One and done in the festival scene and believe me….I got all I needed.

Comfort and convenience aside, I had a splendid time seeing some great live bands.  Many of which I had been waiting to see for a long time which was an added bonus.

4:30 PM – Dom – Google+ Stage….side: Only saw a song or two. I saw their after show on Saturday night so it was not priority. Food and bathroom were paramount at this point

I just realized I saw more bands than I thought after compiling this list.  Totaling out at 8 is a very good day.  I will bet my life I would not have been able to do this if I had gone on Friday.

Thank you Lollapalooza.  It was another Saturday in the park but next time I’ll be waiting for July (Pitchfork Festival 2o12)

Written and experienced by Brett McGrath