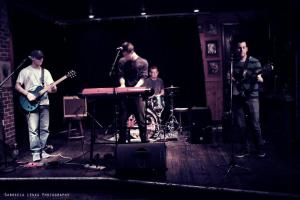 Below, I present the debut single from Boston’s High Diner. This Beantown trio is comprised of John Murphy on keys, Jordan Zylak on guitar and Colin Leeds on bass. This track is relentlessly addictive, drawing upon a delicious 70s pop vibe. The keys enter Ween territory on the bridge, offering spaced out synth lines in exchange for the song’s recurring pop chords. Listen and download a copy of “c.k.f.” below.  I’m looking forward to what these kids might come up with from here.

Band to Watch: Faces on Film 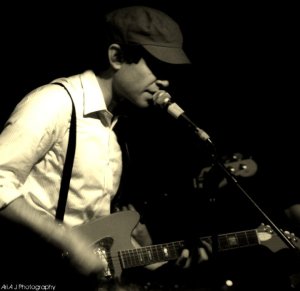 Faces on Film‘s album Some Weather was a release that regrettably escaped me in 2011. The project is the vision of Boston’s Mike Fiore, featured below forsaking his native Red Sox for the Cincinnati Reds. Fiore crafts the type of songs that resonate deeply and immediately. The material is reminiscent of My Morning Jacket’s early work on Tennessee Fire.

Fiore’s writing stands up well in an acoustic setting, as indicated by the video for “Great Move North” from his recent Sleepover Show featured below. However, the production work on Some Weather does nothing to distract from the writing that lies at the album’s core. The songs are richer and more interesting, without losing their identity. The simple piano line and stabbing lead guitar on “Harlem Roses” serves as an excellent example.

Some Weather is the follow-up to 2008’s The Troubles. Fiore has been steadily building a dedicated local following. In 2009, The Boston Phoenix named him the city’s Best Singer-Songwriter. His latest release should do nothing to undermine a growing reputation. The album proves that Fiore’s voice is one deserving of a wider audience. 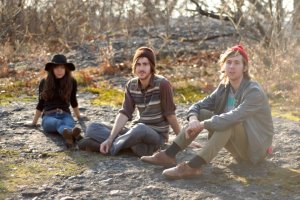 Last month, we featured Boston’s Quilt in a Band to Watch post. As promised, we are watching. I have been hooked on their debut, self-titled LP since Brett’s write-up. Quilt’s songs relate directly to the sleepy, 60s psychedelia that my parents used to keep in steady rotation when I was growing up. A new video for the song “Young Gold” is featured below. The song wreaks of patchouli, feels like a pair of bell-bottom corduroys and looks like a well-worn Indian tapestry – in all the best ways possible. Enjoy.