I will preface my Top 10 list by saying you won’t find Bon Iver’s self-titled on it.  I have nothing against you, Justin, and I do love your album.  It’s just you were #11 and Rob told me I could only write about 10.  No hard feelings?  And without further ado, my Top 10 albums of 2011.

I feel like this album doesn’t get enough credit for how great it is.  New wavish, 1980’s synth electro-dream pop in 2011?  And yes, I did in fact have a seizure after I wrote that sentence.  In any case, this album features not only my personal #10 song of the year in “After the Moment,” but also such gems as “Scandinavian Crush,” “Party Talk,” and the “Your Tomb.”  Like a fine wine, this album gets better with age and every spin I give it. 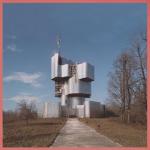 When I first heard “How Can U Luv Me” I thought it was an interesting song and a band worth checking out more.  Hard to believe the band’s initial hit may be the least interesting song (and it’s still a good song) on this fantastic self-titled debut.  Armed with a guitar climbing all over the place and some scratchy mic’d vocals, their sound is one you won’t forget.  Be sure to listen to “FFunny FFrends” and “Little Blue House.”

I first encountered this band listening to SiriusXM U in my car when True Loves came on.  The sound of the drum sticks banging the edge and setting the beat….some echoed ahhs and then, the synth drops.  My reaction, “What the fuck is this?  I like this.  No, I really like this.”  And even better, the band wasn’t a one hit wonder.  “No Love,” “Bring Us Closer Together,” “Last Minute,” and my personal favorite, “Same,” all deserve your attention. 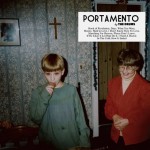 I enjoyed The Drums first self-titled album, but I absolutely love this record.  It still features a heavy dose of bass and sing-along choruses, but this one seems to venture down a darker path than its predecessor.  The focus of the record is on relationships and eventually, their death.  “What You Were,” my favorite track, describes the impending doom of going into a relationship you know isn’t going to work out, but yet, you try anyway.  “But still I cave in.  I gave you my heart.  I cave in.  I knew I would die.”  Let the The Drums get you through the ones that really hurt.

How far has this band come?  It combines that loveable beach pop from their first record Album (“Honey Bunny”) with a dash of that fuller sound on Broken Dreams Club (“Alex”), ultimately culminating with a true anthem moment on this record (“Vomit”).  Taken as a whole, the band dives even deeper into the human spirit than before, resulting in a true masterpiece of sound.

A record in the truest sense, this requires being listened to from start to finish to truly appreciate the beauty and entirety of the emotion put into it.  Dan Bejar weaves you rich, aesthetically pleasing tracks that will transfer your mind away from this world to whatever you choose to imagine.  Perhaps no better song represents this full-bodied work than the 8 minute long “Suicide Demo For Kara Walker” in which you’ll begin with a gorgeous flute solo before having a blaring trumpet help you cross the finish line.

4. Youth Lagoon – The Year of Hibernation

Thankfully for us all, Trevor Powers decided to leave his bedroom and share his music with the world.  My favorite aspect of this album is how his voice is recorded in lo-fi.  At times it sounds so soft and fragile…almost broken, before breaking out in renewed strength and vigor.  “Cannons,” “Afternoon, Seventeen,” “Daydream”…actually, just listen to the whole thing. 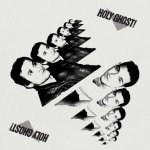 My favorite electronic album of the year, Holy Ghost! brings the fun on their self-titled debut.  In fact, as I’m looking at my list, I seem to have enjoyed a lot of the 1980’s pop revival bands that put out records.  Well, I was born in the 80’s , so I guess it fits.  In either case, “Wait and See, Hold My Breath,” and my #2 song of the year, “Jam For Jerry,” highlight a fantastic debut from this NYC duo that will get your feet moving.

The Antlers make you ponder the big things in life.  While Hospice was a runaway emotional train wreck, this album is about musical experimentation while focusing on loneliness and death.  But that truthfulness and darkness is what truly makes this band great and this album so beautiful, for they allow the listener to completely dive in and explore parts of ourselves that we don’t on a regular basis.  How deep you will go, well, that’s up to you.  The Antlers just provide the sound to get you there.  Focus on “Parentheses, No Widows,” and personal Top 10er “I Don’t Want Love.”

On first glace, this album appears to be about the 21st century American experience of the Suburbs.  But at its core, this album is less about the suburbs and more about taking a nostalgic look back at beauty and simplicity in growing up there.

If it takes all summer long

Just to write one simple song

There’s too much to focus on

Clearly that is something wrong

At 26, the sentiment that “life passes you by” is beginning to hit home.  My focus has gradually shifted over the years from what I was going to do all summer off school to now how I want to invest my money, how much life insurance I need, and all those other adult questions I used to avoid.  Somewhere along the way, I grew up.  But while we all can look fondly at the past and with anticipation for the future, don’t ever forget to live in present.