Chazwick Bundick rose above the chillwave this year with his full length release of ‘Underneath the Pine’ early this year.  Just when I thought that my chillwave was dying, Toro y Moi gave me an extra life with Freaking Out.  Bundick’s voice has gotten better with each of releases and song ‘All Alone’ competes as one of my favorites tracks by him.  I am excited to see what direction he takes us next. 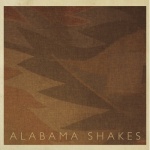 The Shakes exploded on the scene, causing me to tread water as I drowned in their sea of soul.  The attention this band has received not only comes from this EP, but also their live shows.  I am thrilled and honored to allow the Alabama Shakes to knock me out with their fist full of funk tonight at Radio Radio. 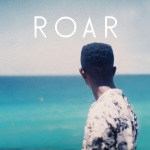 Who would of thought a group of high school kids from San Diego could build the EP that served as my summer anthem? The kids from Dirty Gold have left me thinking that anything is possible, regardless of age.  These indie prodigies have caused me to put on my shades and look deeply in to the bright careers the have ahead of them.  I am thrilled to see what they bring to be in the future.  My guess is that once the ‘California Sunrise’ sets on 2011, they will rise and provide a new project with a brighter polish.

Readers of Thought on Tracks understand that I have a weak heart for this San Pedro quartet of female distortion.  2011 was quite the year for the Dum Dum Girls as this served as the appetizer to their excellent full-length ‘Only in Dreams’.  While appetizers are petite and initial, ‘He Gets Me High’ fills my belly with a four song entrée.  The Smiths cover of “There Is A Light That Never Goes Out” is my favorite cover song of this year and serves as a reminder that sometimes remakes can compete with originals.  I take my hat off to the Dum Dum Girls for having an absolutely spectacular year, especially for me.

1. Beach Fossils – What A Pleasure

Surprise, surprise a Brooklyn based band takes the crown in my world of EP’s in 2011.  This hardly feels like an EP sitting at sitting at eight tracks.  They build off their 2010 self-titled LP, and to me even sound better.  Beach Fossils coast during this EP using beautiful melodic guitars to allow listeners to ride their wave.  The song “Calyer” has received airplay on Sirius XMU and has been floating in my head ever since.  Beach Fossils team up with Wild Nothing on ‘Out In the Way’, which seals the deal for me.  I am expecting more from Beach Fossils in 2012. My nautical eye tells me these Beach Fossils will not wither, but gain value with time.

I never learned how to juggle, but I have always admired the skill. I always viewed it as the perfect mix of maintaining composure while overcoming distraction.  Focusing in on the touch, building routine, gaining speed and then ultimately mastering the art. Muscle memory serves as an essential element in the skill set of any juggler. Memorizing the patterns, the feel, and the object is primary.  Often, jugglers challenge themselves to handle different objects with opposing size and textures.  These are the true pros.  They are sincere risk takers, always looking for a challenge.  These artists never settle, absorbing innovative ideas and experiences. The “like riding a bicycle” perspective is truly impressive as I build a true appreciation for the composed multi-tasker, the juggler.

In an era where music can pump through our speakers in a matter of seconds we all have to be jugglers. The searching, downloading, streaming, spinning, Spotifying, Turntabling, etc. makes it a constant challenge to maintain routine and memory.  So many awesome avenues to discover artists and reaffirm our relationships with existing bands is truly amazing. We now reside in an era where our listening experience is not directed, but merely suggested. The choice to tune in or out is ours. Technology has created a new type of personal DJ.  We are the hunters, we are gatherers, and we are jugglers.

Keeping a notepad by my computer, taking pictures of my Sirius radio, and texting recommendations to myself are all methods I must juggle in order to document the firestorm of tuneage that pours down upon me each day. My advice is to focus on a documentation process that works for you.  Gradually add a new blog or online stream source while building your personal documentation process.  This musical juggling might not be as impressive as hurling a flaming bowling pin in a circular motion to the average outsider. However, we musical jugglers can appreciate the art that comes with constantly unearthing new sounds.

My latest documented success came courtesy of a fellow Turntable.fm user.  I introduce you to the Belgian-Australian experimental rocker Gotye.  When I heard “Somebody That I Used to Know” blare through my headphones in some indie turntable hotspot, I fell immediately n love.  This song was a perfect mix of sadness and rhythm.  Add New Zealand singer-songwriter Kimbra on the second verse/harmonies and I was hooked. Discovering this one beautiful song caused me to immediately purchase his 2011 release Making Mirrors from iTunes.  While this song is truly the gem of the album, the rest is certainly something to take note of.  Upon further discovery, I found out by my local record store that this was not cut on vinyl and is only available in the U.S. for a $33.00 import fee. This truly marked an occasion where the avenue of digital download proves its value.

Please take the time to watch this radical video for “Somebody That I Use to Know”.  Your avenue is Thought on Tracks and your platform is YouTube.  Grab your pen, legal pad, and write this down.  Congrats, you are now a juggler.

So it is safe to say that I’m a full-blown raging Turntable.fm addict.  A music obsessed social media junkie’s perfect drug. I’m already searching for Betty Ford clinic options for this obsession. I would choose Dr. Dre to prescribe a remedy: white room, a Walkman, Beatz by Dre headphones, and The Chronic.

The more I hop on TT the more fun I have.  Things I love most:

As I continue to fall in love with my new interactive music sharing/messaging tool I have decided it is only appropriate to begin documented the last 10 songs I played the last time I was owning the 1’s and 2’s.  Here is my list for Saturday night / Sunday morning.

Not quite sure I know anyone who does not like this classic.  It flirts with perfection.

Lee Dorsey – Everything I do Gohn Be Funky

Great music produced by the legend Allen Toussaint.  I had been waiting to play this song for a while and I finally found the perfect moment.

One of the first white bands signed to Motown. The song runs a spanning 21:27.  I got permission and yes I played the whole thing.

Alice in Chains – No Excuses

Change of pace hits with some grungeful goodness.  The version I ran with was their Unplugged jam. I think this guys place after Nirvana in best grunge-era bands.

As you can see, the poppy 90s alt rock began to catch like Willie Mays and flies. They are continuing to make music as they signed to Fearless Records in May of this year.

I know. It has to stop sometime right? Pop punk. You couldn’t escape this song in the summer of 2000.

90’s R&B songstress from Queens gave us a gift with this cut.  I am afraid I might like this song more than most.  The creepy thing is that after playing this song (which I haven’t played in years) I found the single on vinyl at Luna music.  I am now a proud owner.

Jagged Edge – Where the Party At? (LP version, no Nelly)

I chose to play the version without Nelly to really emphasize the voices of Jagged Edge. This song is silly but I love it.  The summer heading into my Sophomore year in high school was when this song was at its peak.  I still find myself asking the question. Where. The. Party. At?