Screening for Relief: ‘Highway to Dhampus’ at ArtCraft Theatre

Earlier this spring, a massive earthquake struck Nepal, killing more than 8,000 people and injuring tens of thousands more. Around the same time, Pastor David Schreiber was in a meeting, prepping materials for vacation bible school at Resurrection Lutheran Church in Indianapolis. Coincidentally, the theme for the class was Everest.

“So, there are scenes of these happy kids climbing the mountain and meeting these smiley, cartoonish characters that are wonderful and teach virtues and things that are related to the bible school,” Schreiber says of the vacation bible school materials. “But here’s Everest, this happy shiny place in vacation bible school, and yet it’s a place of utter devastation in the news.”

As Schreiber and his team at Resurrection brainstormed on ways to bring the theme of Everest to their students, he recalled a film he had seen at last year’s Heartland Film Festival.

In 2014, Highway to Dhampus earned Heartland’s “Best Premiere Award” in the narrative feature category. The film centers on a British celebrity’s trip to a Nepalese orphanage with the intent of repairing her public image. Along the way, Nepal emerges as a major character in its own right. 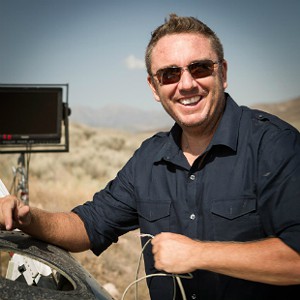 “The delight about Heartland is so many of these filmmakers come and not just for Q&A, but they hang out in the lobby afterwards and have conversations,” Schreiber says. “I kept bumping into Rick McFarland, who’s the director, on a couple of occasions. We had some conversations about film, but also about Nepal and also about themes that are in the movie — generosity, cultures connecting, and all of that.”

After the festival, McFarland and Schreiber remained connected through Facebook.

He noticed McFarland had organized a benefit screening in his hometown of Salt Lake City in response to the earthquake. Schreiber reached out to McFarland about hosting a similar screening in Indianapolis in connection with the service portion of his vacation bible school. McFarland agreed and also vowed to attend the event along with the film’s star Raj Ballav Koirala.

“We gathered a few nice connections and friendships as we were there at the Heartland festival,” McFarland says. “It seemed like that would be hopefully an additional draw, rather than just the screening–to have part of the filmmaking team there.” 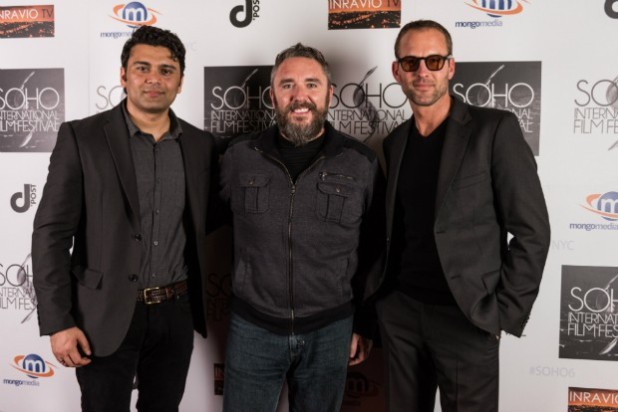 Organizing a fundraiser for disaster relief can prove a complicated task. For evidence, look no further than ProPublica and NPR’s recent coverage on Red Cross’s mismanagement of funds following the earthquake in Haiti. The best intentions often get lost in a sea of red tape and middlemen. 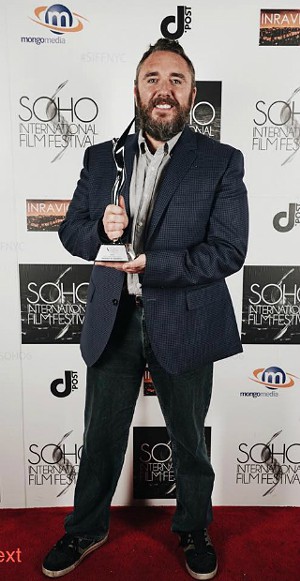 With this in mind, Schreiber and McFarland wanted to do everything in their power to ensure that the funds raised for Nepal will not go to waste. A member of Schreiber’s congregation donated frequent flyer miles to cover the cost of Ballav Koirala’s flight. Another member of the church covered the cost of booking Franklin’s historic Artcraft Theatre for the screening.

“There’s literally almost no expense here,” Schreiber says. “So, everything that comes in will go to the aid effort in Nepal.” Proceeds from the benefit screening will go directly to Mind the Gap Worldwide and Lutheran World Relief. Both organizations are currently involved in relief efforts in Nepal.

McFarland admits he had no intention of creating a film that would serve as a fundraising vehicle for Nepal when he set out to make this film nearly five years ago. He just wanted to create a good film. Nevertheless, he is excited about the film’s potential for a greater good.

“It could help, and maybe in some small way it could be of legitimate help — not just an emotive piece, not just something that tugs at that the heartstrings, but something that connects people with the people of Nepal and with the sense of helping them,” McFarland explains. “That’s a new and unexpected thing that the film has taken on, and I’m enjoying that aspect of it.”

Tickets for Wednesdays screening of Highway to Dhampus are available for free. Donations are strongly encouraged. To learn more about the event, visit Resurrection’s website or connect with the event on Facebook.