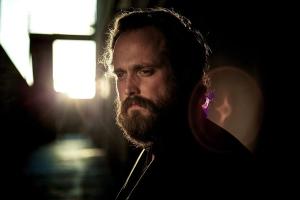 Sam Beam is one of those singer-songwriters that rarely misses. Regardless of what shape his sometimes solo project Iron & Wine takes on, Beam has managed to consistently deliver some of the best songwriting of the last decade. Beam flipped the script in 2011, turning Iron & Wine into a full band and offering up one of the best pop rock releases of the year in Kiss Each Other Clean.

This year, Iron & Wine will return to release its fifth full-length record. The LP is titled Ghost on Ghost and is set for release on April 16 via Nonesuch Records. Listen to the album’s first single “Lovers’ Revolution” below. The track finds Beam sticking with the full band, with minimalist jazz undertones.