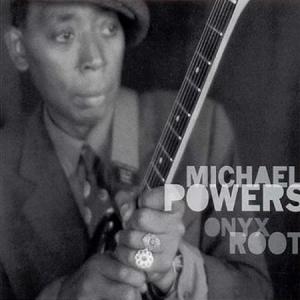 Back in 2009, I made my first trek to New York City. It was early spring the year after I had finished college. I was unemployed, living back at my parents’ house and three friends had a spare seat in their car and a cheap hotel for the week at West 79th and Broadway. I had enough money to cover my share of the room and ensure a steady stream of beer, cigarettes and cheap diner food for the week, so I packed my bag and tagged along.

We arrived on a Friday. Anyone who has ever attempted to drive into Manhattan on a Friday evening can attest to the miserable nature of this undertaking. However, the traffic offered ample time to digest the weight and permanence of my surroundings. Love ‘em or hate ‘em, many of the clichés about the emotion of that initial roll into NYC ring true. There’s an immediate and pervasive sense that decisions of consequence are taking place behind the vault-like doors of these goliath concrete structures, while the rest of us are left to react as best we can. This is coupled with the realization that the possibility of reinvention is endless in a city this size, and that any one could create a character and contribute their line to the script.

We checked into the hotel and attempted to rinse away the stink of the road trip with a quick shower, before hopping on the 1 train and heading south. An expat from Indy and his co-workers had finagled a key to the rooftop of their office building near Greenwich Village. After a half-dozen bottles of premium Belgian beer, we clamored down the stairs and hoofed it a few blocks toward Terra Blues. It’s a small, dimly lit club that has been serving up live music and stiff cocktails for more than two decades. The crowd was an even split between middle-aged business men drowning the stress of the work week and 20-something guys attempting to prove to their date that they had moved beyond their college dive bar.

That night, as on countless nights before and since, Michael Powers Frequency held down its Friday residency at Terra Blues. Powers hit the stage around 10 playing a polished set of originals and standards. It was interesting material, with Powers showcasing proficiency on both acoustic and electric. He plays seated, sporting a fedora beneath which sat two dark, owl-like eyes besieged by bags that read like tree rings documenting late nights. His voice was smoky but strong and warm. A little after midnight, Powers and the band hammered out a set of Jimi Hendrix covers which proved to be far less nauseating than one would imagine.

Come to find out, as is often the case in New York where buskers on the subway have often had at least one record deal, Powers was no slouch. Five years earlier he had released his solo debut in the form of Onyx Root on Baryon Records. In 2004, contemporary blues was in the midst of a minor renaissance. The White Stripes had achieved platinum status with their minimalist approach to the genre on Elephant a year earlier. The Black Keys were moving from a regional powerhouse to a noteworthy national act with the release of Rubber Factory. The Derek Trucks Band showcased its prowess as a live act with Live at Georgia Theatre on the back of their genre bending 2003 release Soul Serenade.

In 2004, Etta James won the GRAMMY for “Best Contemporary Blues Album” for Let’s Roll. The Recording Academy shined a light on a predictably mundane fare with Marcia Ball’s So Many Rivers, Sonny Landreth’s The Road We’re On, Howard Tate’s Rediscovered and perennial nominee Susan Tedeschiall receiving nominations. In my humble opinion, with the exception of Tedeschi’s vocals on Wait For Me, everything else was about par for the course. Outside of a few critics in the know, Onyx Root went largely unnoticed. This despite the fact that the album featured some considerable talent in the backing band: Steve Jordan (Keith Richards and the X-pensive Winos, John Mayer Trio) on drums and Jimi Zhivago (Rufus Wainright, engineer of Norah Jones’ The Fall) on keyboards and guitars. Even Levon Helm’s daughter Amy earned credits as a background vocalist.

Onyx Root kicks off with “Successful Son” an acoustic-driven steam engine that serves as Powers’ attempt to make good on his mother’s promise of ascension to prosperity. The track is crisp, with percussive play on acoustic and understated fills on electric. The production quality is immaculate as it remains throughout the LP. Powers displays a knack for narrative and a keen sense of timing, punching his vocals through at spots and relaxing in others.

The album’s third track, a re-working of Howling Wolf’s “Baby’s Got a Train,” takes on the warmth of a late summer evening. Again, Powers shines on acoustic with Zhivago comping on keys and Jordan taking a back seat on rhythm. The track is tinged with Spanish overtones, a theme that Powers will return to later on his own “Night In Madrid.” The band works through a couple of originals and straightforward renditions of Muddy Waters’ “Country Boy” and Leonard Cohen’s “Bird On A Wire” before really settling into a groove on “Psychotic Reaction.” Powers cleans up the jangly jam of mid-1960s San Jose garage outfit Count Five and Jordan turns it into his Mitch Mitchell moment.

Powers’ closes out Onyx Root with an undisputed party anthem in the form of “Shimmy Up.” In the years since that first night at Terra Blues, Onyx Root has remained a release that I return to whenever I begin to doubt the relevance of modern blues. It’s a reminder that these tracks are worth returning to, worthy of reinvention at least a few times each decade. It’s an album I’ll forever associate with those initial impressions of New York City. Pick up your copy of Onyx Root from Baryon Records and go see Michael Powers at Terra Blues, where continues to hold down that Friday night slot.