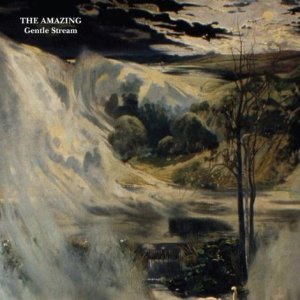 Today marks the release of the debut US album from the auspiciously titled Swedish rock outfit The Amazing. Gentle Stream arrives on the back of the band’s 2009 self-titled debut and 2010 six-track EP Wait for a Light to Come. The Amazing’s new effort is a polished, psychedelic blend of several decades worth of pop, rock and British folk ran through a modern filter. The band is looking to make a splash as it embarks upon its first US tour in support of Tame Impala. The size of that splash will be determined over the next few weeks.

Gentle Stream will likely be pigeon-holed by its Laurel Canyon influences, a label so wrought with overuse that it has nearly lost all meaning. Laurel Canyon is a reference to “the slightly seedy, camp-like neighborhood of serpentine one-lane roads, precipitous hills, fragrant eucalyptus trees, and softly crumbling bungalows set down improbably in the middle of Los Angeles,” described in detail in Michael Walker’s book. The area played home to some of the late 60s and early 70s counterculture’s biggest rock acts: CSNY, Nico, Joni Mitchell and others.

My problem with the Laurel Canyon reference is that it serves as a comparison of scenes not genres of music. For instance, Gentle Stream certainly touches on elements of David Crosby’s blues-heavy, spaced-out ballads on the album’s title track and “Dogs.” However, I would argue that the influence of Scottish indie pop popularized by Belle & Sebastian and adopted more recently by acts like Stornoway, is equally pervasive. By the same token, The Amazing’s “Flashlight” is drenched in the dulcet, mellifluous sensibilities of Nick Drake’s Five Leaves Left. This album proves too broad to confine to a single neighborhood.

A frequent knock on indie rock stems from the culture’s obsession with discovering “the next” great band. This serves as the impetus for churning out a bunch of acts before they’re ready. Buzz around a band often builds and fades before a project is ever given the chance to cut its teeth and mature. The Amazing has already reached a certain level of maturity. Guitarist Reine Fiske spent nearly a decade working in the Swedish psych-rock outfit Dungen, before joining songwriter Christoffer Gunrup to form the foundation of The Amazing. This is not any member’s first rodeo. Such experience is necessary when creating an album like Gentle Stream – an ambitious, sprawling release that achieves an astonishing balance and clarity in its production.

The polished nature of Gentle Stream is a double-edged sword, coupled with The Amazing’s decision to brandish their influences, the album runs the risk of being described as “accessible.” Or, as music writer Erik Burg recently dubbed it via Twitter, the “kiss of death.” However, accessibility should not be a universally terrible thing. Music is a borrowed art, and very few – if any – bands are working on the fringe to create truly original material. As for The Amazing, if there is any constructive criticism to be found here, it’s simply that the band has a bit of work to do before it creates a sound that’s inherently its own, rather than an amalgamation of influences.

In short, it’s uncertain whether The Amazing will fit the aesthetic of the indie blogosphere’s definition of “the next big thing.” Regardless, Gentle Stream is a successful effort that a wide cross-section of listeners should find relatable. More than that, it’s damn good music. The Amazing is set to play a string of US tour dates in support of Tame Impala. With the recent success of Lonerism, The Amazing should have ample opportunity to convince some large crowds that, they too, are a rock n’ roll import worthy of attention. Listen and download the title track and “Flashlight” below.