Track: Jeff Buckley “I Shall Be Released” (WFMU) 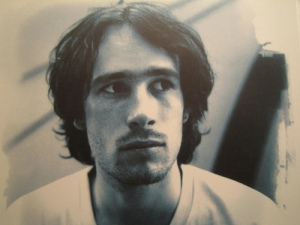 During my freshman year of college, I was trolling the virus prone and often improperly labeled file sharing service Kazaa, and stumbled upon a batch of Jeff Buckley downloads. Included in the bunch was a 1992 recording of WFMU‘s “The Music Faucet” that featured a phoned-in rendition of Bob Dylan’s oft-covered “I Shall Be Released.” Given the hackneyed song selection and gimmicky nature of singing from the phone, all signs pointed toward disaster. However, this is Jeff Buckley we’re talking about. An artist that covered Dylan as well as anybody. For evidence, check out the incomparable live compilation Live at Siné. There, he demolishes classics “Just Like A Woman”, “If You See Her, Say Hello”, “Dink’s Song” and the aforementioned “I Shall Be Released“, reforming them into fluid, perfectly toned electric guitar sketches. Buckley’s WFMU take adheres relatively closely to the original, calling to mind the grandiose send-off on The Last Waltz. Buckley is effervescent by the end of the song, clearly taken with the performance. Even his impromptu harp solo is pulled off without a hitch, taking on the aesthetic of an early blues field recording through the telephone wires. Listen to an uncut version of the recording, featuring a lengthy – albeit fun – introduction via Soundcloud or a shortened version focusing on the song via YouTube.