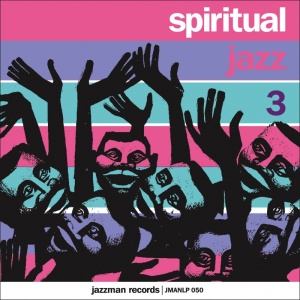 The Binder Quintet was a Hungarian jazz ensemble whose lone celebrated work came in the pressing of their 1983 radio broadcast with alto saxophonist John Tchicai. The group’s style blended native folk influences with American free jazz of the late 1950s. Their recording of “Vasvirag” has been included in Volume 3 of the Spiritual Jazz series on London’s Jazzman Records. According to a suspect online translator vasvirag is Hungarian for “old maid.” However, there is nothing stale or outdated about the play of the musicians at hand.

Discogs credits Károly Friedrich and Mihály Dresch with the dueling, dissonant harmonicas heard at the outset of the song. Their play recedes to make way for a driving undertone on upright bass and piano. Overhead Tchicai inserts broken, muffled notes on alto sax, at times taking on an animalistic tone. His play creates a visceral tension in the music that is only heightened by the primal howl and guttural growl featured in the background of the song’s latter half. Spiritual Jazz 3 is set for release on CD and vinyl on September 3.