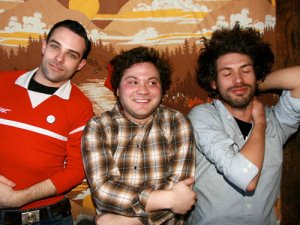 Sleepies are a Brooklyn punk band in the realm of something you’d expect on the soundtrack to SLC Punk.  Their newest single “Seriously” is a tale of two halves.  The first half begins with some slow power chords and vocalist Thomas Seely announcing his vocals as if they were a speech.  The chorus is more what one would expect to hear from the classic garage rock style, with quick moving thunderous drums, guitar and vocals.  While I’m not the biggest punk rock fan of all time, I really dig this track for the band’s complete control over their sound.  From the slow-it-down and slug-it-out fight to the controlled chaos at the end, it’s a well put together tune deserving your attention this Friday morning.  “Seriously” is the debut single off the group’s second LP entitled Weird Wild World due out August 21.