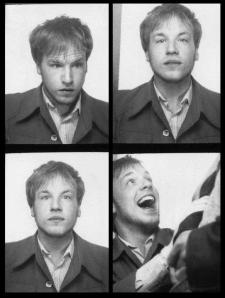 Jeff Beam writes the type of sleepy, psychedelia-infused jams that my mind absorbs like comfort food. His reverb-heavy vocals are reminiscent of Jim James’ trippier material, but the delivery comes across as more sinister. On his LP Be Your Own Mirror, Beam creates an environment where the familiar becomes not-so. The album is something like attending a masquerade ball where the guests are served mushroom tea. In Beam’s world, the moon won’t glow, solutions are destroyed and everyone speaks existentially.

The Portland, Maine native has released a significant amount of material for an artist only 24 years old. Be Your Own Mirror is Beam’s fourth solo effort. He is also a former member of the Boston’s The Stereo Flys and current member of The Milkman’s Union. Beam’s ability to work as a multi-instrumentalist makes him a versatile asset.

Beginning June 19, Beam will hit the road for a handful of East Coast tour dates in support of his solo record. Listen to the lead-off track from Be Your Own Mirror, “Whispering Poison in his Ear” and watch the video for single “Now” below. If you are lucky enough to be in the area, check him out in the flesh later this month.