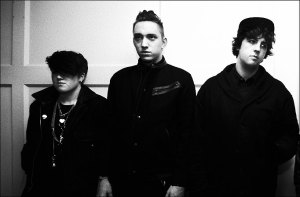 Back in 2009, we were treated to simplistic, dark thought provoking pop from a band of teenagers hailing form London.  A foursome at the time, their simple guitar and drum beats underneath masterful back and forth vocals inspired an album that would come to be, and still is, an all time favorite of mine.  From “VCR” to “Basic Space” to “Heart Skipped A Beat”, every song was a masterpiece in it’s own right.  Then, four became three, and we were left to try and figure out what was next.  Sure, the band lived on and toured these fantastic songs, but a new sound had to emerge at some point.

And thankfully, that time is sooner than later.  The xx have been playing new material at their live shows recently for an album that is expected to drop later this year.  Below, you can watch a video for “As I Am” caught from a recent gig at the Battersea Arts Centre.  An natural extension from the first album, the same simple musical charm emerges forth with those same heartbreaking lyrics.  Hopefully, the rest that is still to come is as good as this.  Happy Monday.

The xx Announces U.S. Tour Dates via Consequence of Sound

Read more from Music Video
As I Am, The xx, video
← Album Stream: Ab-Soul ‘Control System’
Video: Blouse “They Always Fly Away” →