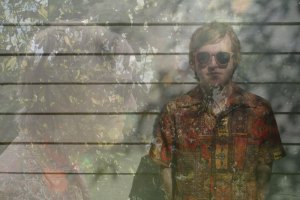 I always find it fascinating to find musicians that make themselves relevant in non-typical geographic locations.  I think that it is safe to say that the cities of Brooklyn, Austin, and San Francisco are responsible for providing home base to nearly half of the bands that I am currently listening to.  While it is nice to sit back and watch these hotbeds produce talent, it is almost more enjoyable to watch musicians rise from areas with less resources.  Often, it takes an artist or two build up a scene and then put that city on the map as a producer of independent music.  I immediately of think Guided By Voices in Dayton, Ohio or Built to Spill in Boise, Idaho.  These are situations where these great bands help to establish a scene and make it relevant for years to come.

Taylor, Mississippi’s Dent May has taken a small town in the South and made it the latest location to contribute to my musical enjoyment.  Dent May did not let an unfamiliar scene hinder his way on to many blogs like this one and that makes me appreciate him even more.  Most notably May was able to catch the eyes of Animal Collective while they were recording Merriweather Post Pavilion, Capitalizing on this connection he released his debut The Good Feeling Music of Dent May & His Magnificent Ukulele in 2009.   Track, “Eastover Wives” was my introduction and I have been a fan of him ever since.  I have yet to identify whether it is May’s music, personality, or story that compels me most.

Nearly three years later, Dent May is set to release follow up Do Things on June 12 via Paw Tracks.  This is a record has been on my list and can’t wait for it to drop.  Until then, check the album’s single “Best Friend” and quickly realize that great music can come from anywhere.