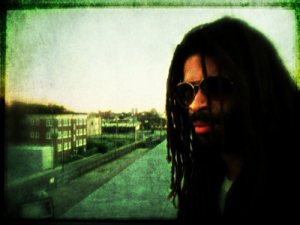 Rusty Redenbacher has been one of the hardest working members of the Indianapolis hip hop scene since I was copping my first feel on the dance floor back in junior high. One need look no further than the man’s twitter feed to understand just how relentless Rusty’s commitment to his craft can be. The latest installment in Rusty’s seemingly endless catalog can be found below. Here, Rusty trades hip hop hooks for glam rock glory on a terrific cover of David Bowie’s “Golden Years.”

One of the things that I admire most about Rusty is his willingness to try anything. What’s so surprising is how often this experimentation succeeds. For more, head over to the Tornado Alley Tumblr for a free download of The Professor and The Hustler, his 2011 release with fellow Indy emcee Mr. Kinetik. Or hit up his Facebook page for his most recent solo release, The Tinkerer.