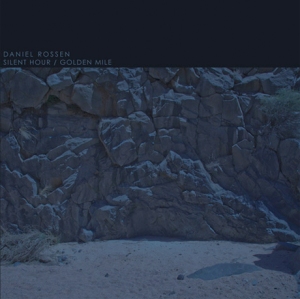 It is amazing that it has been nearly three years since Grizzly Bear released Veckatimest.  I have always viewed the record as one of my favorites in the last 10 years because of its ability to play in any time or place. While the days have passed since it was introduced to me, I do not allow time to separate me from this masterpiece.  Yes, I said it, masterpiece.  The songs are compelling and provide a particular fluidity throughout the record.  Good news came to me in December, when singer Ed Droste announced that Grizzly Bear would be releasing a new album in 2012.  While Droste did not give us an exact date on the release,  other vocalist, Daniel Rossen that gave fans something to chew on while waiting.

Grizzly Bear and Department of Eagles contributor, Daniel Rossen, released his first his first solo EP Silent Hour/Golden Mile last week.  After listening to these five songs for a week, I can confidentially declare that it is the perfect appetizer before the main course. Rossen’s voice is stunning from track to track.  He displays his musicianship by supporting rich vocals with both guitar and piano.  The songs are stripped like many Grizzly Bear songs, which allow Rossen’s voice to shine.

Single, “Silent Song” begins with an acoustic twang.  A mix of rich guitar picking backed by an electric lead.  Add Rossen’s voice to the layers and you have a formula that never disappoints.  Rossen does an exceptional job with imagery on this song.  He paints a picture for listeners with lines like “He’s rising from the field / A mess of gold and green / Nightmare in the mud.”  These lines do not give you the entire story, but push the imagination of the listener.

I am compelled to highlight song “Saint Nothing” because of the intimacy that it offers.  This song is beautifully sad and independent.  This song demands my attention and has made me forget what I was doing. This is a song that you listen to alone.  Thought exploration created with a piano. Brilliant.

The release of Silent Hour/Golden Mile has done a couple things for me.  It has put my anxiety to rest and made me patient for Grizzly Bear’s full length to drop.  It has also once again verified the true talent of Grizzly Bear as a band.  Rossen could stand on his own and be a solo artist, he is that good.  I guess that is what makes Grizzly Bear so great, a collection of true talent that hits on all cylinders.  This EP satisfies and helps to fill the void “While You Wait for the Others.”