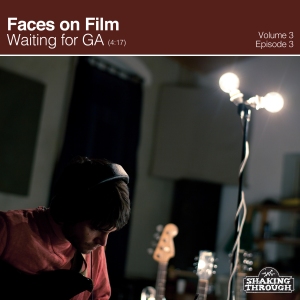 Shaking Through is a documentary video series about the birth of a song. Each year, the project challenges 10 musicians to take a song from the first track to the final mix in two days. Afterwards, the project releases the track along with some incredible behind-the-scenes footage of the recording process. The quality of the recording and video footage is top notch. Last summer, Shaking Through worked with Bloomington’s Dreamers of the Ghetto to record the track “Heavy Love.”

As curator for this month’s episode, Marissa Nadler chose Mike Fiore, whose project Faces on Film was recently featured in our Band to Watch post. Nadler appears on backing vocals for the new track “Waiting for GA.” Visit Shaking Through for several documentary-style videos revealing the process and personalities behind the music. Stream the track and watch one of the videos below.