Video: Bowerbirds “Tuck the Darkness In” 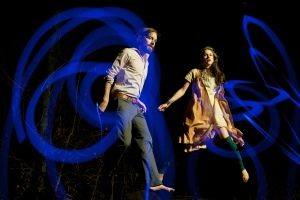 North Carolina’s Bowerbirds released their third LP The Clearing yesterday. The band is inked to Bloomington’s Dead Oceans record label. The group dropped a video for their single “Tuck the Darkness In”, which can be found below. The album is Bowebirds’ most ambitious to date, with the band reaching for a richer, more resonant sound than their previous two efforts. Dead Oceans appears to have put their full weight behind this release, and the proof is in the pudding. Grab your copy of The Clearing HERE.