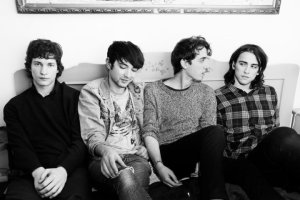 Brooklynites and Thought on Tracks favorites Beach Fossils released their first single since their acclaimed 2011 EP What A Pleasure this week.  The song is called “Shallow” and will be released on a 7” February 21st via Captured Tracks along with another new track called “Lessons”.  The song, which you can check out below, is the similar hazy, dream pop we’ve come to expect from the guys, and to me, that’s a very good thing.  Rumored to be working on their sophomore LP currently, if this track didn’t make the cut, we are surely in for something great on the next album.