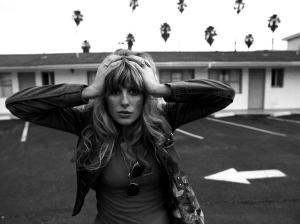 To put it mildly, I have been head over heels for Jessie Baylin since the release of her free Pleasure Center EP in late November. The EP, of mostly covers, has been a weekly listen and my go-to before bed spin. January 17th will serve as the release date for her full length album Little Spark. My guess is that you won’t find Baylin gaining much coverage across the indie blogosphere. Her pop music upbringing and marriage to Kings of Leon drummer Nathan Followill make her too un-hip for the likes of Pitchfork. This is an outright shame, because Little Spark has the potential to contend for one of the top releases of the first half of 2012.

Baylin reached out to some seriously talented folks to add their touch to the album. Richard Swift, of The Shins, served as multi-instrumentalist and played an integral role in Little Spark‘s arrangements. (Pleasure Center EP was recorded in a single day on a four-track in Baylin’s living room, with Swift at the helm.) Legendary composer and three-time Grammy winner Jimmie Haskell played the role of conductor, while Kevin Augunus rounded out the squad as producer. Augunus has worked with a wide range of artists from Sinead O’Connor to Edward Sharpe & The Magnetic Zeros. Watch the trailer for the album below, and prepare yourself for one of the pleasant surprises of 2012.

For a limited time, Amazon is offering a FREE DOWNLOAD of the track “Hurry Hurry.” Stream below.