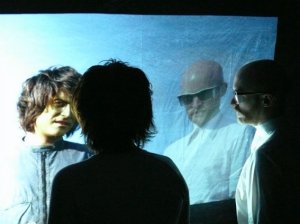 British duo Hook & The Twin are set to release their debut, full length LP early next year. The band recently dropped the second single from the forthcoming album, entitled “We’re So Light.” Last month, MTV included the band in its Brand New Unsigned competition. The winner will be selected sometime in January. Listen and watch the video for the “We’re So Light” below.