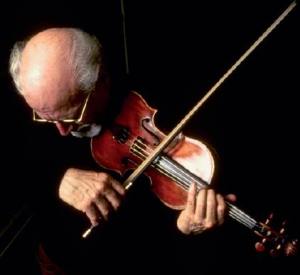 Surely there are many classical compositions that you’ve heard a thousand times but you couldn’t name for the life of you, but detailing an exhaustive canon in this forum would be redundant. Therefore, I have narrowed down a top-ten list of these works that only serve to illustrate one underlying theme: mischievous behavior. You have undoubtedly heard all of these pieces before; now, you can utter their titles aloud as you indulge in sweet rascality.

10. Ancient satirist Lucian of Samosata inspired Goethe to pen Der Zauberlehrling. That work inspired Frenchman Paul Abraham Dukas to compose “The Sorcerer’s Apprentice” in 1897, which then appears in Disney’s Fantasia (1940), which is in turn likely where it was first consumed by modern simpletons and philistines like you and I. Plenty of mischief-making potential here—why, we all saw the bedlam that transpired when the world’s most treasured fictional rodent is charged with but a few simple chores.

9. The next on the list is another oft heard piece that is not readily identifiable to most listeners. A whimsical yet still carelessly devious tune, “Dance Of The Hours”, from Amilcare Ponchielli’s 1835 opera La Gioconda. Again, it comes from Fantasia (hippo dancing with alligator), hence its back-to-back seeding with its cinematic first cousin.

8. Holding a decent position on this list is Sergei Sergeyevich Prokofiev’s downright eternal “Peter and the Wolf ” (Ivan’s theme) from 1936. The clip is from the 1946 Disney cartoon version that I fondly recall screening in Mrs. Tilford’s music class during my St. Lawrence days. This is a low, skulking bit of music that is perfectly suited for Ivan, the curious cat.

7. Charles-François Gounod’s 1872 work, “Funeral March Of A Marionette”, more commonly known as the theme from the 1950’s TV serial Alfred Hitchcock Presents, is a rather obvious induction into the hierarchy of puckish compositions. It summons notions of the peculiar and unexplainable, while also the quite certainly troublesome.

5. At the halfway point of my list is this piece, entitled “Pizzicato”,  from Léo Delibes’ 1876 ballet, Sylvia. This calls to mind a delicate creep to the refrigerator in the pale moonlight; the sort of adventure that involves a bizarre, ramshackle sandwich sloppily constructed and devoured in the dim silence of the wee hours.

4. The immortal Tchaikovsky gives us “Tea (Chinese Dance)” from his ubiquitous magnum opus of 1892, The Nutcracker Suite. Chock full of mysterious orientalism, for me, this piece conjures images of shifty, silk-clad emissaries sent for reconnaissance via Kublai Khan.

3. You’ve committed a violent crime of passion; as the adrenaline dissipates, you see your misdeed in full detail while but one thought bounces wildly about your cranium: Run, run fast! Repeating on the iPod of such a disgraced, fugitive bête noire of a pariah? Nikolai Rimsky-Korsakov’s “Flight Of The Bumblebee,” of course, from his Tale of Tsar Saltan, from 1900.

2. The unfornately short-lived Georges Bizet gave us number two from his 1875 operatic masterpiece, Carmen: “Habanera” This piece is featured in the recent Hollywood films, Bad News Bears (2005), Bad Santa (2003), and Meet The Parents (2000), all three pictures that are rife with mischievious behavior from the cast.  This is undeniably the runner-up.

1. The quintessential tune of mischief is Italian opera composer Giacchino Rossini’s timeless “La Gazza Ladra” or “The Thieving Magpie.” This 1817 piece is a slam-dunk. Countless movies, TV shows, and commercials have shown us time after time that trouble has an official theme, however cliché that theme may be.

So ends my list. Now, you’ve both been educated and you truly have your choice of score for your next rule-breaking rite of misadventure.